Figure 7-2. Samples of some of the targets fabricated by General Atomics/NIF and fielded at NIF. 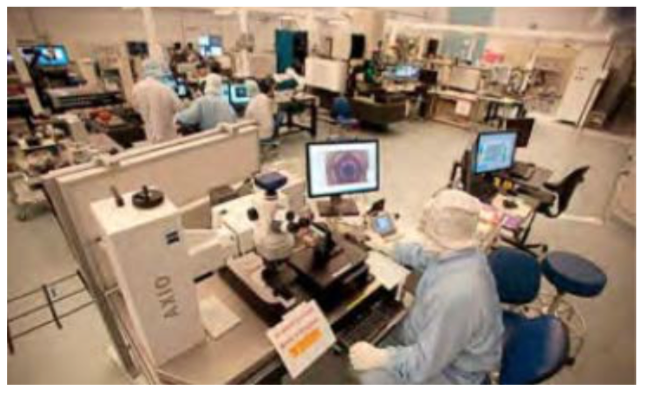 For cryogenic targets, LLNL also has processes and equipment in place to support deterministic layer formation and cryogenic target handling. The Livermore team has distilled a process that maximizes the probability of growing a layer from a single seed crystal. Before an experiment begins, a target is mounted on the end of the cryogenic target positioner, which sits in a large vacuum vessel just outside the NIF target chamber. There, a sophisticated system fills the capsule with fuel, characterizes the cryogenic fuel layer, and maintains the layer quality. The entire target package is kept below 20 K and is sheltered by shrouds while the layer is formed. The package is then positioned and aligned at the center of the target chamber in preparation for the experiment.

Figure 7-3 (Right). Cleanroom at LLNL for target assembly and characterization.